Reported via desktop in the Countdown - not working category anonymously at 16:34, Monday 20 September 2021 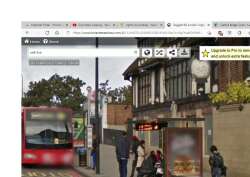 At Bus Stop M Catford / Catford Bridge Station bus stop for THREE MONTHS NOW the Countdown Board and shelter light have not been working in the shelter. There are 2 shelters at this bus stop and it is the more easterly of the 2 with the problem. The other shelter is lit OK but is not the main used one by travellers with the Countdown Board. See Photograph off Google to see when shelter was properly lit and Countdown active. I have reported this two previous times with Tfl direct by email but not sorted. Now urgent as this is a very busy rail / bus transport modal interchange point.

For avoidance of doubt this is bus stop M shown here:

An early fix is overdue you will agree