Reported via mobile in the Abandoned Santander Cycle category anonymously at 18:47, Thursday 23 June 2022 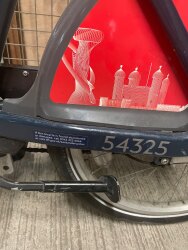 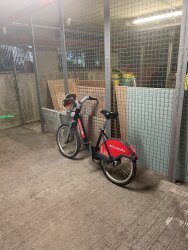 There have been a couple of abandoned bikes in the underground car park on Hertford Road over the past couple of weeks. The car park gate is currently stuck open so people have been using it. It’s at the back of the car park (space number 32).