Cages and Rubbish Bin on Pavement

Reported via mobile in the Pavement Overcrowding category anonymously at 17:51, Friday 2 September 2022 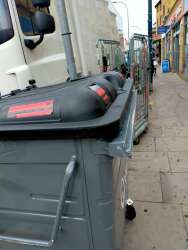 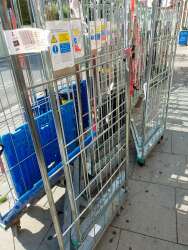 I reported the problem of the Tesco at 213 Lewisham Way leaving cages and Rubbish Bin on the pavement to Street about three weeks ago.

I received a reply from you, thank you, informing me that Tesco had previously responded stating this was only the case when they were expecting a delivery/collection.

However, this is not correct, the cages are as previously mentioned left out overnight allowing on more than one occasion, people worse the wear for drink, pushing them onto Lewisham Way, they obviously think it is funny.

The metal container designed for the delivery and collection of Newspapers has become a dumping ground for rubbish.

I have a photo but only two are allowed.

Please arrange for the pavement to be cleared and used for what it is intended for before people are injured.