Reported via desktop in the Roadworks category by Bogdan Kruk at 23:04, Sunday 2 October 2022 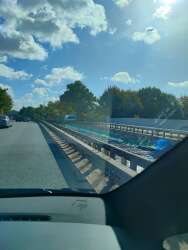 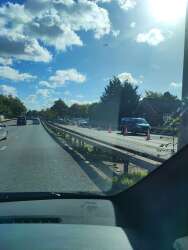 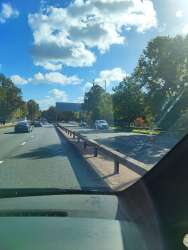 Other users also reported this: "You have brought west London to a standstill" "Lane closure but no work is going on" "Most of the time no one is working on it yet"

First of all congratulations to whoever decided to schedule this work at the busiest road traffic time of the year!! Such a brilliant Decision!! 🤦🏻‍♂️🤦🏻‍♂️ Timing could not be any WORSE!!

I do pass this area every single day, also being a chauffeur sometimes more than twice a day. I have noticed is there is really NOT MUCH going on, there are not any people on site, these works are in a SLOOOOW SLOOOOW MOTION mode....??

On the very first day, they have ONLY managed to deliver a mini digger on site and the road was already closed for 24hrs...?? How possible is this???

The hours of operation are very minimal, they finish work very early, some days there are only 2-4 people at the site, 2 of them pretending to work another 2 sitting in the van on their mobile phones, I don't understand this, how is this allowed how is this possible, please explain???

These works have HUGE MASSIVE impact not only for the West London, its much more, affecting the lives of 1000s and 10 000s of people every day!!

All drivers, travellers, visitors, residents not only in Chiswick but also in Hammersmith, Kensington, Fulham, Acton, Ealing, Richmond, you name it...!! Not only A$, M4 but A316/M3, as well as even A40, gets much more congested with people trying to avoid this STANDSTILL GRIDLOCK area...

People trying to find different roads which are much more congested than usual, such works should be MUCH MORE INTENSE and (24/7??) this is steps away from the motorway and should be completed within DAYS, not months??? Mid-December!!!!!!????

London, the financial capital of Europe?? Capital of the UK, the main link to the Heathrow airport, who did allow to close this road for months??

How CRAZY is that idea this and how long is going to last...????